Irish-Canadian Co-Production Produced by Peer Pressure and Shaftesbury, in Association with Mermade and Gaze Pictures

TORONTO, ON (June 9, 2022) – Crave, AMC Networks’ IFC and RTÉ today announced the greenlight of the new original comedy-drama series, SisterS, created by, written by and starring Emmy Award-nominee Sarah Goldberg (Barry) and Susan Stanley (Hotel Amenities). The series has been in development with Peer Pressure, Shaftesbury, RTÉ and Emmy Award-nominee Declan Lowney (Ted Lasso, Alan Partridge). Lowney is the establishing director and is set to direct the first three episodes of the six-episode, half-hour series.

SisterS is a dark comedy-drama about two women, born continents apart, in Canada and in Ireland, who discover they are half-sisters and embark on a road trip to find their alcoholic father. Real-life best friends Goldberg and Stanley make their writing debuts and star.

An Irish-Canadian co-production, the Crave, IFC and RTÉ original series is produced by Peer Pressure and Shaftesbury, in association with Mermade and Gaze Pictures. Crave holds the Canadian rights to the series, AMC Networks’ IFC and streaming service Sundance Now hold the US rights, with RTÉ in Ireland. Fremantle will distribute the series in all other territories. Filming is currently underway on location in Ireland, continuing through June 28, 2022, with the support of the Broadcasting Authority of Ireland.

“We are thrilled to be making SisterS, a character-driven comedic drama about how the absence of a parent in childhood can affect life in your thirties, and the macabre humour that can come with trauma,” said co-creators and co-stars, Sarah Goldberg and Susan Stanley.

“I am beyond myself with excitement at the thought of spending time with Susan and Sarah,” said director Declan Lowney. “I look forward to the thrilling balancing act required to bring the drama and comedy of these beautiful scripts to life. SisterS is a gift of a show for any director, and I’m so thrilled to be part of their family.”

“From the moment we read the script, met Sarah and Susan and saw the chemistry between them, we knew this project was very special and that we wanted to collaborate with them, to bring their story to the screen,” said Richard Cook and Angela Squire, Directors of Peer Pressure. “It is an accolade to their fresh and completely authentic writing that Declan Lowney joined us in the development of SisterS. We are excited for Peer Pressure to debut in the scripted space as emerging creative writing duo, Sarah and Susan, make their TV writing debut.”

“I am thrilled to be partnering with Peer Pressure to support the impressive writing debuts of creators and stars, Sarah Goldberg and Susan Stanley,” said Shaftesbury Chairman and President Christina Jennings. “SisterS is as darkly hilarious as it is personal, featuring exceptional Canadian and international talent and a tour de force creative team.”

“Sarah and Susan have captured a brilliantly honest and darkly comedic take on family relationships, both estranged and present. We are excited to take viewers on a wildly funny and entertaining ride,” said Kira Carstensen, Global Managing Partner and Co-Founder of Mermade.

“I am thrilled to join the team to realise the debut of Susan and Sarah’s SisterS,” said Ruth Coady, Film & Television Producer and Founder of Gaze Pictures. Their bold exploration of a complicated, passionate and extremely funny ‘sister’s’ dynamic is magnificent. I am excited for the audience to be introduced to these two superb female characters.”

About Sarah Goldberg and Susan Stanley
Goldberg, born and raised in Vancouver, was nominated for an Emmy for Outstanding Supporting Actress in a Comedy Series for her work as “Sally Reed” in HBO’s award-winning dark comedy series Barry, which recently returned for its long-awaited third season. Goldberg is also known for her stage work, having earned an Olivier Award nomination for her portrayal of “Betsy/Lindsey” in The Royal Court’s production of the Pulitzer Prize-winning play, Clybourne Park. She went on to play the role in both the West End and on Broadway. She is represented by UTA, Mosaic, B-Side Management and Hansen, Jacobson, Teller, Hoberman, Newman, Warren, Richman, Rush, Kaller, Gellman, Meigs & Fox.

Stanley was born in Dublin, moving to London to train at LAMDA. It is here that she and Goldberg first met. She is an award-winning actress playing leading roles in plays such as Portia Coughlan and The Beauty Queen of Leenane. She has also worked with new writers in acclaimed London theatres (Hampstead, Bush). She has appeared in a number of short films, including Hotel Amenities, winning Best Actress at the Malaga Film Festival in 2013. Along with Goldberg, she has written a screenplay for Focus Features. SisterS is her first piece of writing for TV. She is represented by The Lisa Richards Agency.

Peer Pressure has a strong track record in the area of entertainment and has produced many award-winning documentaries and comedy programmes. These include IFTA award-winning In the Name of the Fada, Joy in the Hood, Hanging with Hector, The State of Us, Chasing the Lions and Des Bishop: Breaking China. DirectorsRichard Cook and Angela Squire have a long history working with comedy performers and writers as well as developing and nurturing talent from an early stage. SisterS marks the company’s move into scripted comedy drama. For more information: www.peerpressure.ie

Shaftesbury is an award-winning creator and producer of original content for television, film, and digital, established in 1987 by Christina Jennings, Chairman and President. Shaftesbury’s current Primetime slate includes 16 seasons of the international hit series Murdoch Mysteries and five seasons of Hudson & Rex, which are both available in over 120 countries worldwide. Other projects include five seasons of the critically acclaimed horror anthology series Slasher, starring Eric McCormack and David Cronenberg, and three seasons of Departure, starring Emmy® Award-winner Archie Panjabi and the late Academy Award-winner Christopher Plummer. For more information: www.shaftesbury.ca

Mermade is the digitally-focused sister company of award-winning production company Merman (Catastrophe, This Way Up, There She Goes), specializing in the creation of content of all shapes and sizes for social and streaming platforms, brands and publishers. It combines the best elements of storytelling, creative excellence and groundbreaking content you would expect from Sharon Horgan and Clelia Mountford’s Merman, with a focus on fostering and developing emerging talent from across the globe. Recent projects include Down From London for Topic, Chloe Combi’s podcast You Don’t Know Me, and social comedy sketch show Big Juice for Channel 4. Kira Carstensen, Global Managing Partner of Merman leads all efforts for Mermade in the US and UK, Joshua Buckingham is UK Managing Director, and Melanie Donkers runs development for Mermade USA. For more information:  www.hellomermade.com

Delivering more Oscar®-nominated and Emmy® Award-winning programming than any other service, Crave is Canada’s prestige entertainment offering, with HBO, SHOWTIME®, Starz, Hollywood-hit movies, a superior collection of kid’s movies and programs, and thousands of hours of acclaimed television series, specials, factual programming, and originals that can’t be found anywhere else. Crave is the exclusive home of HBO in Canada, delivering HBO’s current slate of signature dramatic and comedic programs, documentaries, films, and live specials, as well as titles from HBO’s extensive off-air library. Crave is also home to current SHOWTIME series and specials, and past SHOWTIME hits. Crave Original hit series include comedies Letterkenny and New Eden; Cravings: The Aftershow with Lainey Lui; Healthy is Hotwith Chloe Wilde; candid interview series Much Studios Presents: Mike on Much in Conversation With…; a series of original stand-up specials; the upcoming competition series Canada’s Drag Race; and the upcoming apocalyptic original comedic documentary series We’re All Gonna Die.

Sundance Now can be enjoyed for $6.99/month or $4.99/month with an annual membership. No cable subscription is needed. Facebook: @SundanceNow – Twitter: @sundance_now

Fremantle is one of the world’s largest and most successful creators, producers and distributors of Entertainment, Drama & Film and Documentaries. Operating in 26 territories we are a proudly independent group of content creators. We produce and deliver high-quality multi-genre IP including some of the biggest entertainment formats, most watched international dramas, award winning films and hard-hitting documentaries, amplifying local stories on a global scale. From Too Hot to Handle toMosquito Coast, Game of Talents to The Hand of God, Farmer Wants A Wife to ‘Got Talent’, Family Feud to My Brilliant Friend and The Investigation to Arctic Drift, our focus is simple – we create and deliver irresistible entertainment. We are also a world leader in digital and branded entertainment with more than 480 million fans across 1,600 social channels and over 40 billion views per year across all platforms. Fremantle is part of RTL Group, a global leader across broadcast, content and digital, itself a division of the international media giant Bertelsmann. For more information, please visit Fremantle.com, follow us @FremantleHQ or  visit our LinkedIn and Facebook pages. 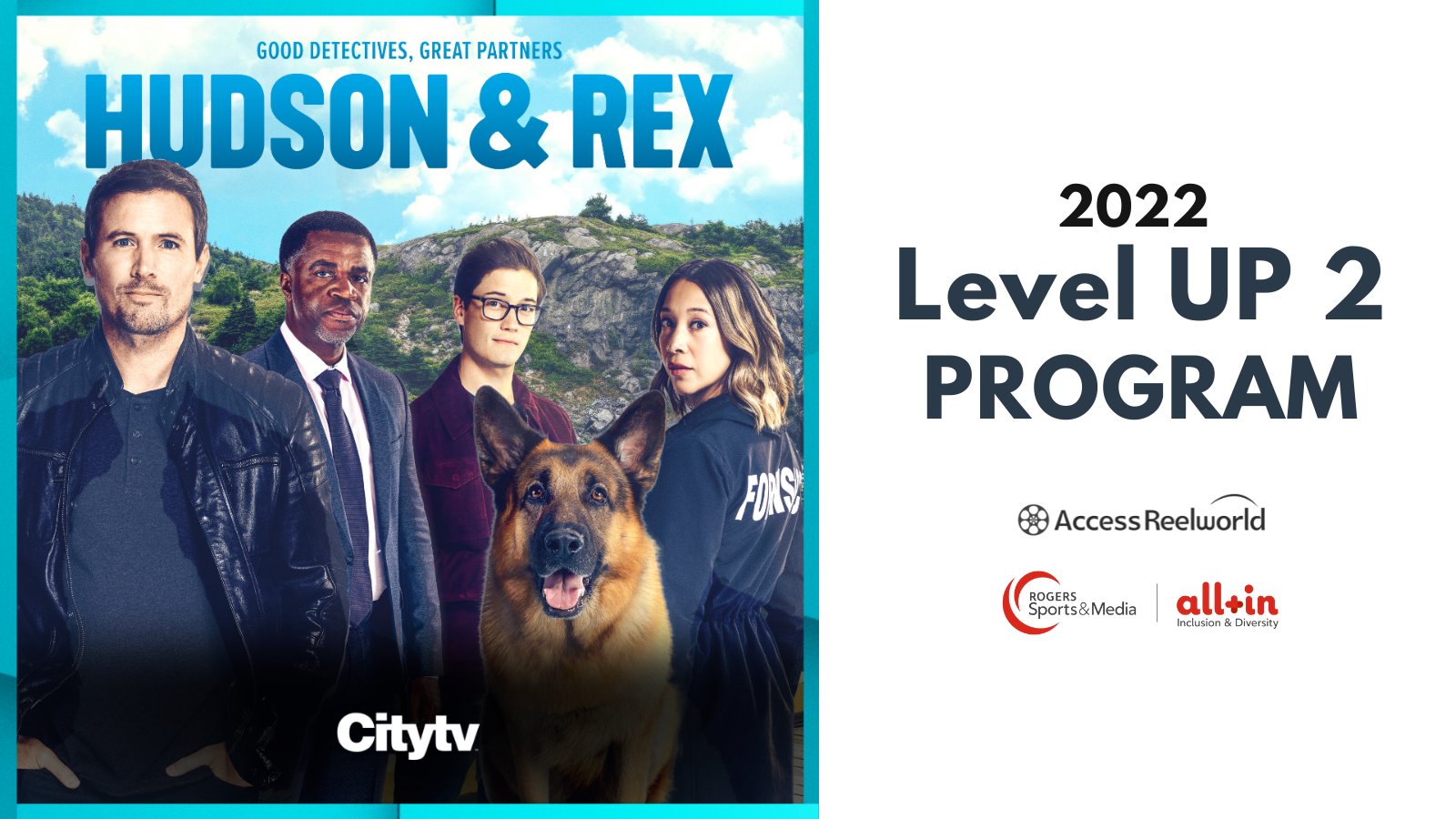 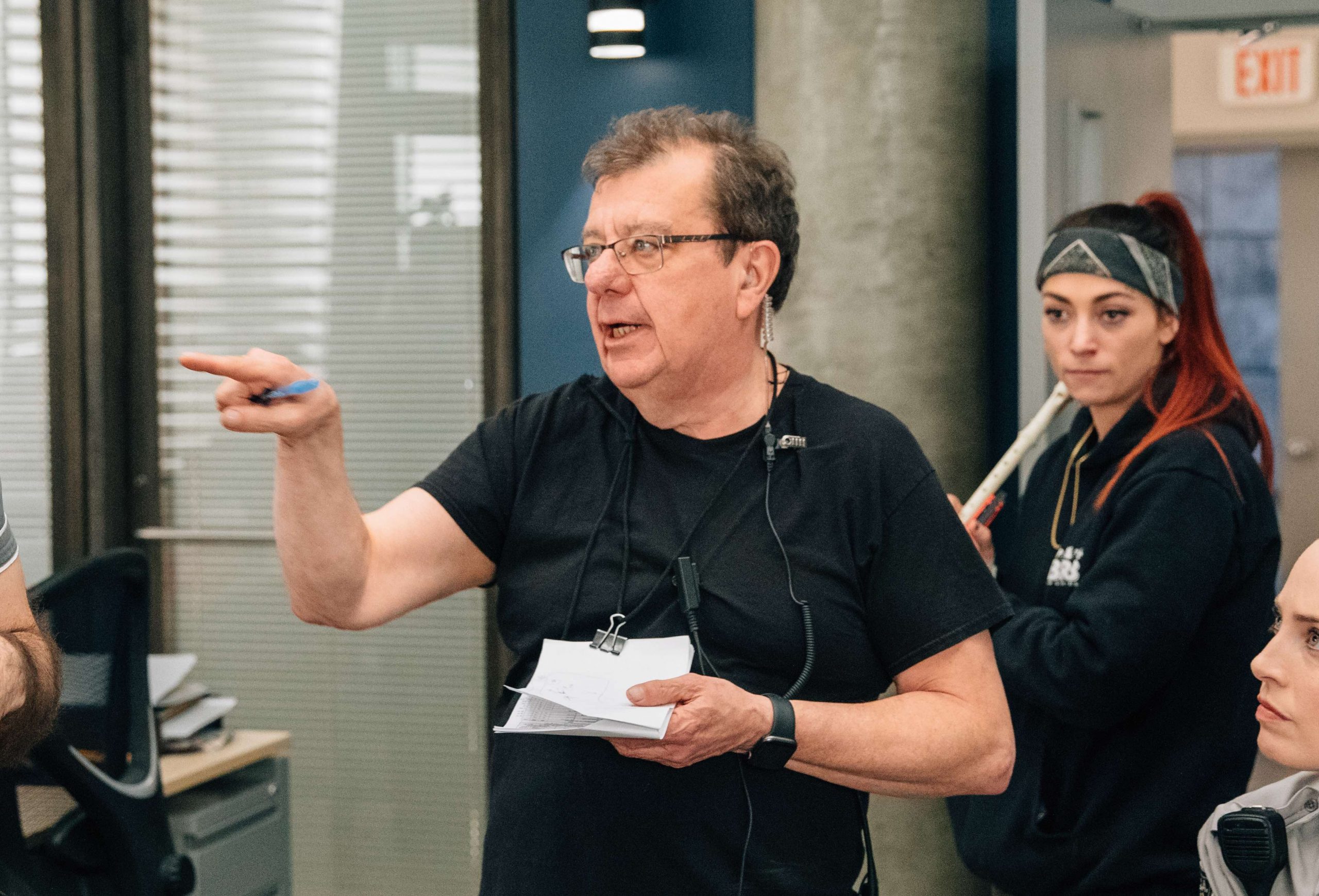